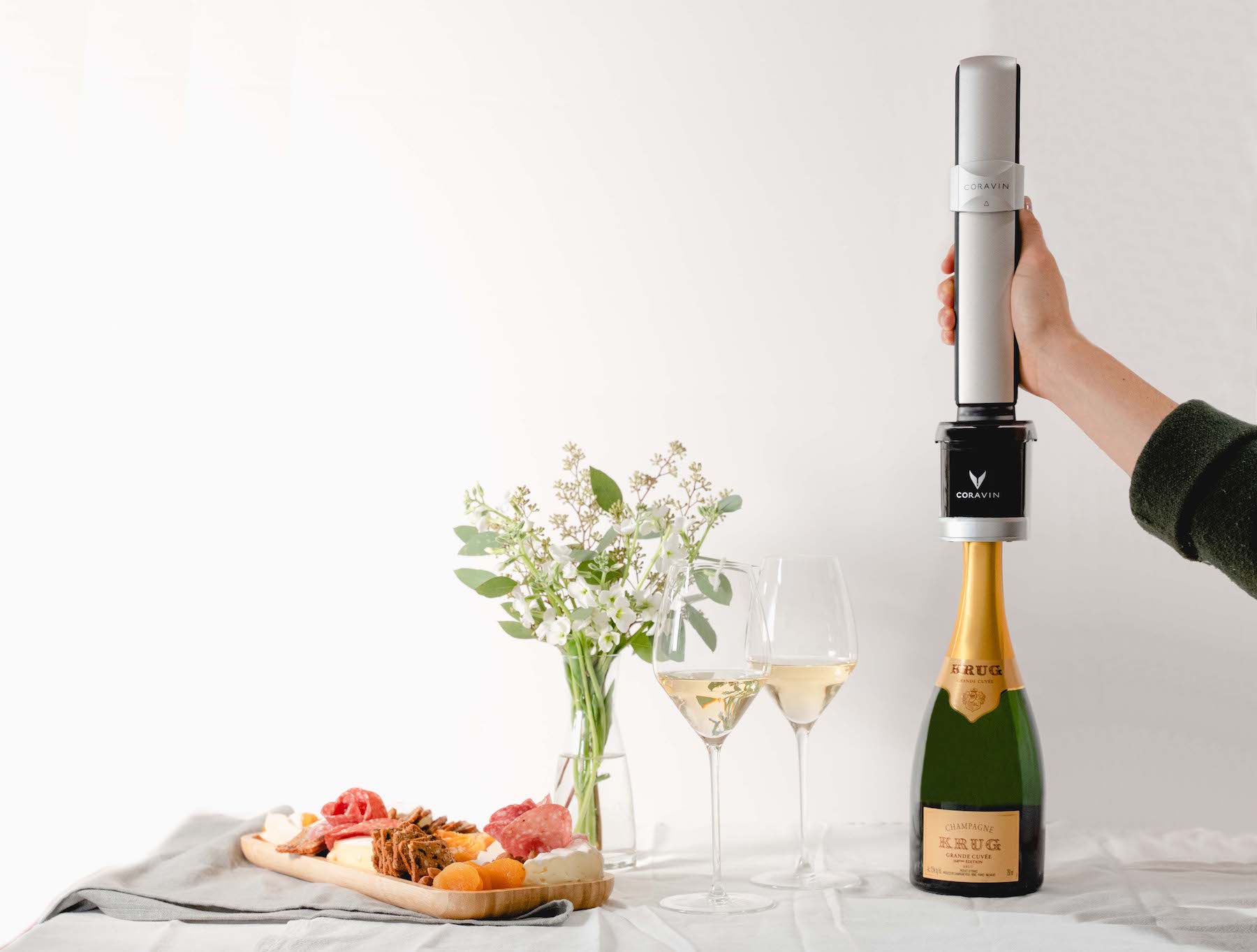 Bubbly Off the Beaten Track

Sparkling wine has long been associated with celebration. The ephemeral nature of the jewel-like bubbles seems to suit our ways of marking the passage of time or acknowledging a momentous occasion – and so it has been for several centuries.

For years people have attributed the quote, “In victory you deserve champagne, in defeat you need it,” to Napoleon Bonaparte, but as far as we can tell, the true author of those words was Winston Churchill. Nonetheless, Napoleon would certainly have agreed, as Champagne purportedly became part of his daily drinking routine after his defeat and exile to the island of St. Helena.

In the last 20 years, however, wine drinkers worldwide have come to realize just how versatile and delicious sparkling wines can be, and bubbly has begun to appear in all sorts of places, from brunch, to clubs, to cocktails and more. Sparkling wine isn’t just for weddings and New Year’s Eve anymore.

Sparkling wine has proven to be so compelling in its pleasure that almost every major winemaking region in the world produces one. This means that there’s a whole universe of sparkling wine to explore outside of the well-trodden territories of Champagne and Prosecco.

Come with me and I’ll lead you to some of the more exciting and unusual bubbling corners of the globe.

Among wine geeks, Etna is hot right now. The slopes of one of the world’s most active volcanoes on the island of Sicily have grown grapes for millennia, and today the region is in the midst of a winemaking renaissance that has captured the attention of wine drinkers everywhere. The most popular wines from the region are the deeply mineral reds made primarily from Nerello Mascalase, but a handful of producers have also been using that same grape to make sparkling wines with very exciting results. The easiest bottle to find might be the immensely enjoyable Terre Siciliane Cuvée Brut Rosé from producer Terrazze dell’Etna ($30).

As best as the archeologists and genetic researchers can figure it, wine was invented or discovered (pick your metaphor) 8 to 10 thousand years ago. What’s interesting is that, while these scientists might be slightly fuzzy on the timing, they’re quite certain about the location. Genetic tracing suggests that wild grapevines were first domesticated in the region of the world that is currently occupied by the countries of Armenia and the Republic of Georgia. When archaeologists discovered the oldest evidence (circa 6000 BCE) of winemaking technology in a cave in the mountains of Armenia, that sort of sealed the deal. Thanks to some pioneering producers, Armenia is reawakening to its vinous heritage and some excellent wines have started to emerge, utilizing the countries ancient native grape varieties. If you like the idea of experiencing a bit of history in your glass, try to find a bottle of non-vintage Keush “Origins” Brut Sparkling wine from Armenia, made with the native grapes Voskehat and Khatouni ($20).

Wine historians have lots of arguments about who can lay claim to the first sparkling wine sold commercially in the world, but many records point to it being a wine known as Blanquette di Limoux which was produced and documented as far back as 1531 in the Languedoc region of France. That wine was likely what we would today call a pétillant naturale, or pet-nat, in which a still-fermenting wine is sealed in a bottle where the completion of fermentation naturally creates bubbles. Today, you’re much more likely to find a wine known as Crémant de Limoux, a more traditionally-made sparkling wine using two fermentations to get the bubbles. Made of a blend of Chardonnay, Chenin Blanc, Pinot Noir and the local grape Mauzac, these wines carry on the longest tradition of sparkling wine production in the world and are a great option for anyone looking for inexpensive bubbles. Try the Gerard Bertrand Crémant de Limoux Brut Cuvée Thomas Jefferson ($19).

Most people have heard of Cava, the inexpensive sparkling wine made in the Catalonia region near the Spanish city of Barcelona. These wines have long suffered from a poor reputation thanks to the predominance of mass-produced, somewhat harsh-tasting bottles on U.S. shores, but excellent bottles of Cava do exist. However, some of the best bottles from the region don’t have the word “Cava” on them anywhere because their producer believes, quite rightly, that what they are doing bears little resemblance to anyone’s traditional expectations for Cava wines. That producer is Raventos i Blanc, a family that has been producing wines since 1497. One of their most recent projects involves making sparkling wines from the wizened old vines found on an ancient farm they purchased. A blend of Xarel-lo Vermell, Bastard Negre, and Sumoll, their 2016 Textures de Pedra ($45) ages for 42 months on the lees to end up with the saline richness you might expect from a top Champagne. It ain’t Cava and it is delicious.

There’s a reason that some people call Chenin Blanc one of the world’s most versatile grape varieties. It can make steely and crisp whites, rich and buttery whites, sweet dessert wines, and yes, outstanding sparkling wines. Most famously, it wears all these guises under the name Vouvray, an appellation in France’s Loire Valley whose name is whispered with reverence by sommeliers the world over. Much of the gushing is reserved for the region’s sweet dessert wines, but the sparkling wines have strong devotees as well. Careful, you might become one of them after you try the Petillant Reserve Brut from the venerable producer Domaine Huet ($35).

Don’t Spray It, Drink It

The Italians love their sparkling wine. There are dozens of varieties of spumanti made throughout the boot, but some of the best is made in the Trento DOC region of northern Italy, at the foothills of the Dolomite mountains. Founded in 1902 by Giulio Ferrari, but run since 1952 by the Lunelli family, the Ferrari brand recently became the official sparkling wine of Formula 1 racing around the world, which means it’s getting sprayed around a lot at the end of every race. That’s great publicity for Ferrari (no relation to the fast cars it’s getting sprayed on) but something of a waste of very good wine, if you ask me. Try their non-vintage Metodo Classico Brut ($20) but try not to get too much of it on your car.

That’s just the start of your sparkling odyssey away from the mainstream, which you can continue for much longer if you want to explore the sparkling Gringets of France’s Savoie region, the Cremants of Alsace, the sparkling Rieslings of Germany, or even the new pet-nat craze that’s sweeping every American wine region. There’s never been a better time to explore the world of bubbles.

San Francisco Magazine has called Alder Yarrow “The Wine World’s Brightest Cyberstar” and he is widely accepted as a pioneer of wine blogging. He has been publishing Vinography.com daily since 2004 and was nominated for a James Beard Award in 2013. He is currently a monthly columnist for Jancis Robinson, and the author of The Essence of Wine, a coffee table book about wine's flavors and aromas that was named one of the best wine books of 2014 by The New York Times. In 2013 Alder was inducted into the Wine Media Guild of New York’s Wine Writers Hall of Fame, an honor he shares with only 24 other living wine writers. 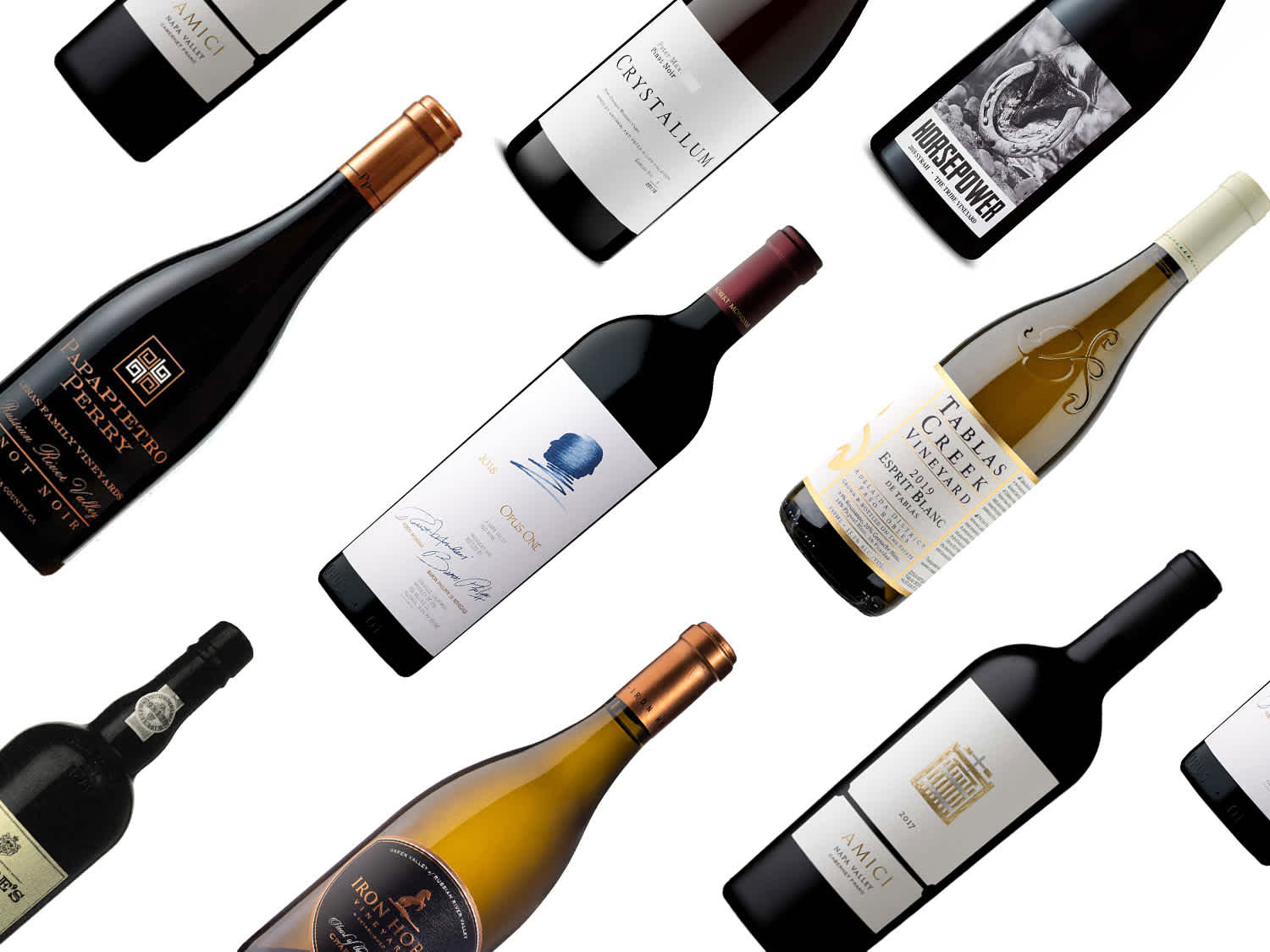