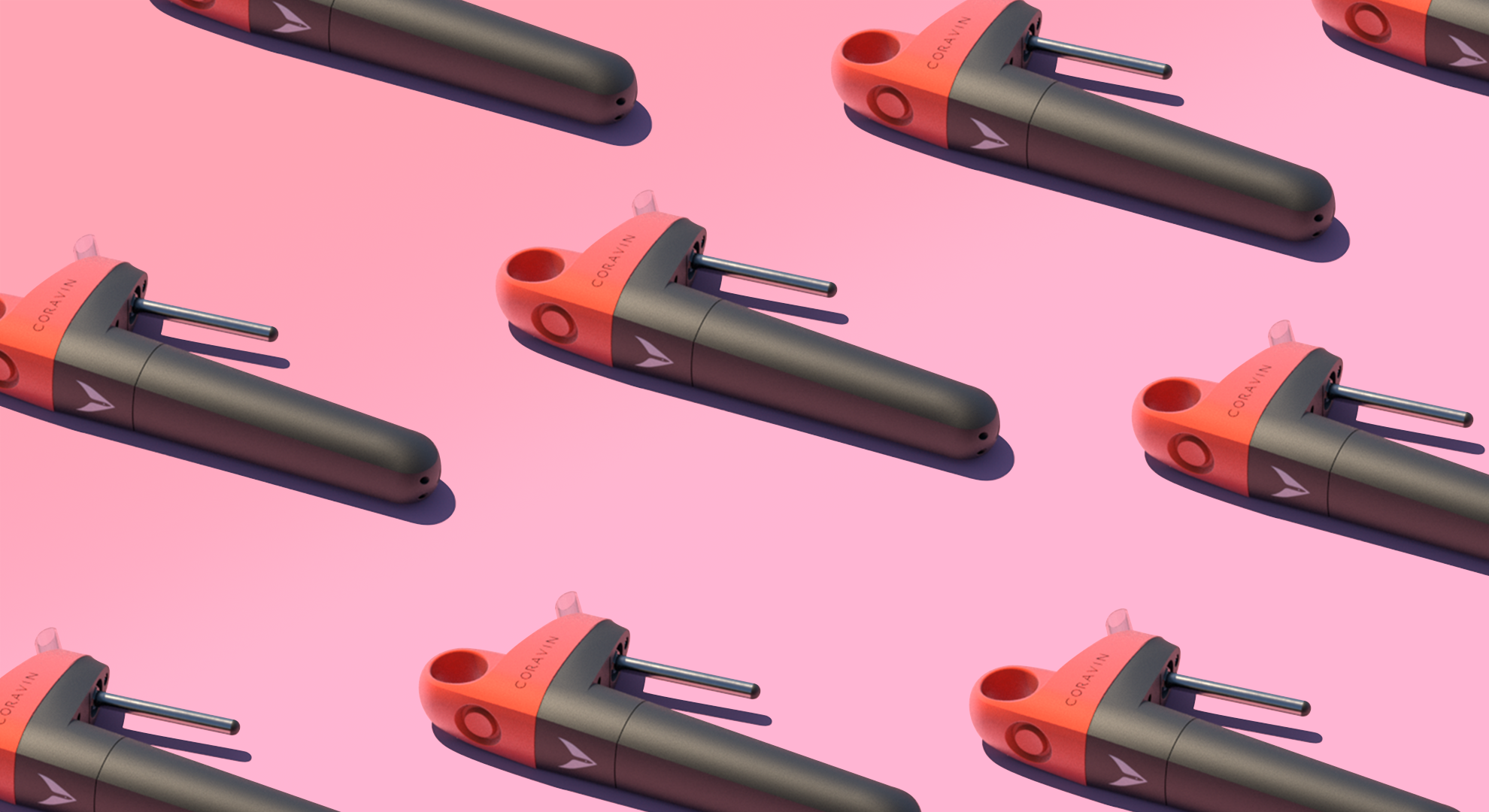 After 17 years of being a professional wine writer, I thought I had my routine with leftover wine down to, if not a science, then at least a habit.

You see, over the years I’ve tried pretty much every kind of wine preservation device on the market. In my earliest days as a wine lover, I had a vacuum pump, in which I blindly believed until I decided to test it against just putting the cork back in the bottle. The pump quickly ended up in the trash.

For a little while I bought those weightless canisters of inert gas, but even after I got over the discomfort of paying money for something that felt like an empty container, I couldn’t quite ever get past the problem of not knowing how much of the darn stuff to squirt into the bottle. Those rapidly fell by the wayside, too.

Perhaps the silliest thing I’ve tried was a device that inflated a balloon-like bladder in the opened wine bottle, displacing the air but leaving the handle-pump dangling off the bottle like an unwieldy appendix. It looked ridiculous, not to mention smelling vaguely of rubber.

Eventually, I decided that the only rational approach was to keep it simple: bottles more than half-full, I simply re-corked and stuck in the fridge. Bottles less than half-full, I’d pour into a spare 375ml bottle, re-cork and, yep, into the fridge.

Of course, my approach, while low-effort and inexpensive, wasn’t without its problems.

While the cold certainly helps slow the inexorable progression of wine to vinegar, there’s only so much room for standing bottles of wine even in a good-sized refrigerator. Truth be told, everyone in the family, myself included, gets exasperated trying to extract non-wine items without triggering an avalanche of bottles.

Then there’s the fact that invariably, I end up pouring a lot of wine down the drain.

One of the hazards of being a wine writer and critic is the somewhat deadly combination of curiosity and the endless parade of wine samples that arrive asking to be tasted.

At any given time, I’ve got four or five bottles open in the fridge. Some are wine samples that I’m interested in watching over a day or three to see how they evolve, so keeping them pristine is not a high priority. But several are usually wines from the cellar that made sense to open with whatever we were having for dinner, but remained unfinished. We’d do our best to finish those bottles over the course of the week, but with open samples to try, or a decision to eat out, we’d never get to a half bottle of this, or a quarter bottle of that, and eventually, down the drain they’d go with a bit of a wince, and more than a little regret.

All of which was why, I suppose, when the folks at Coravin asked if I was interested in trying their new product, the Pivot™, I was all too happy to give it a go.

And, just like that, my weeknight leftover wine problem was solved forever.

After being a devotee of the original Coravin device, I guess I shouldn’t be surprised at how thoroughly the folks at Coravin nailed this product. But the Pivot turns out to be as ingenious as it is simple and, in the month or so that I’ve been using it, I have yet to unwillingly pour a drop of wine down the drain.

Now, when my wife asks to drink a nice Pinot with dinner, I grab the bottle, pull the cork, and then immediately pop the sturdy little Pivot stopper in to reseal the bottle. I then insert the Pivot through the cap, tip the bottle towards a glass, and press a button to pour the wine, which removes the excess air from the bottle and replaces it with just the right amount of inert gas. 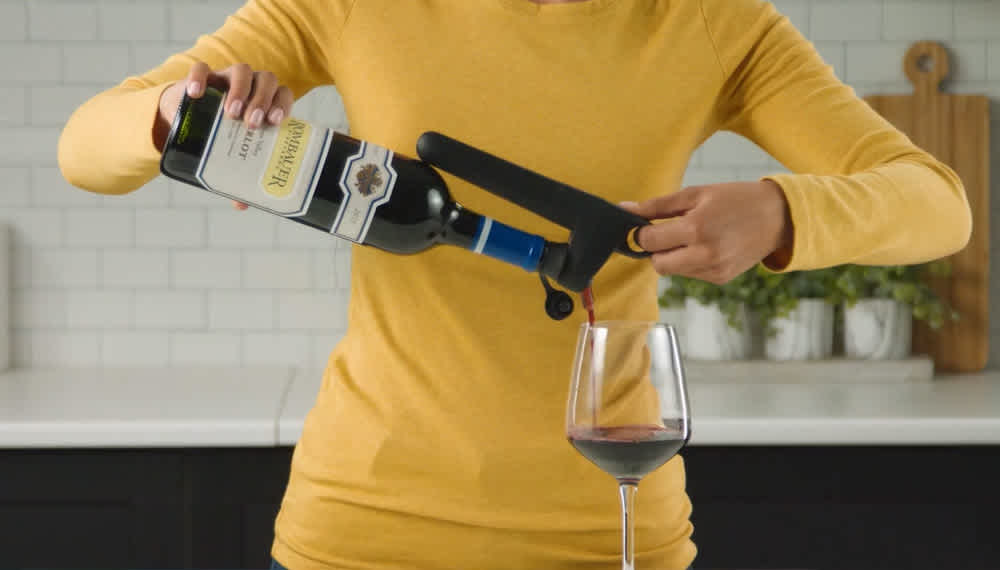 “Pivot turns out to be as ingenious as it is simple and, in the month or so that I’ve been using it, I have yet to unwillingly pour a drop of wine down the drain.”

The Pivot pours beautifully (and much faster than even the fast-pour needles of a Coravin) and then simply pulls out of the bottle, allowing the small cap to snap over the stopper’s opening for a complete seal. Once closed up, the bottle goes in the fridge (though now more out of habit rather than necessity) and gets pulled out half an hour before dinner, or whenever we want another glass.

I’ve now slowly nursed several bottles of wine in half-glass and full-glass increments over the course of two weeks each with no noticeable oxidation. I also have yet to need to replace the gas cartridge in the device after several such bottles, which is basically icing on this no-brainer of a cake.

You might be surprised to learn this, but one of the top questions I get emailed as a wine writer by burgeoning wine lovers is how long a bottle of wine lasts once it is opened. I’d typically answer, “Three to four days for a red and four to seven days for whites and rosés if you’re keeping them corked in the fridge.

I’m going to have to change that now, thanks to Pivot. The new, much more delicious and convenient answer is: as long as you want it to.

San Francisco Magazine has called Alder Yarrow “The Wine World’s Brightest Cyberstar” and he is widely accepted as a pioneer of wine blogging. He has been publishing Vinography.com daily since 2004 and was nominated for a James Beard Award in 2013. He is currently a monthly columnist for Jancis Robinson, and the author of The Essence of Wine, a coffee table book about wine's flavors and aromas that was named one of the best wine books of 2014 by The New York Times. In 2013 Alder was inducted into the Wine Media Guild of New York’s Wine Writers Hall of Fame, an honor he shares with only 24 other living wine writers.